The Big Rise of the Small Candy Bars 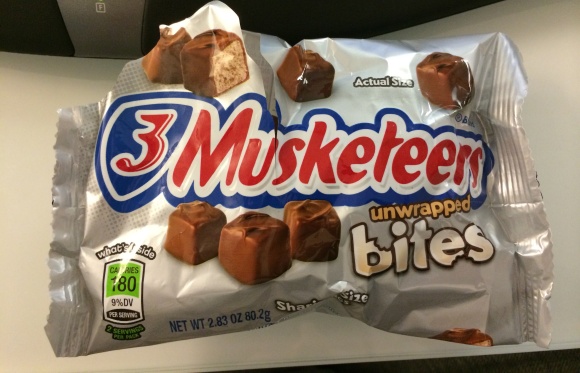 If you’ve been paying attention to the checkout aisle lately, you’re either very upset at Chris Soules for kicking Carly to the curb or you have noticed small bags of even smaller iterations of your favorite candy bars.

I don’t have a name for this phenomenon [Ed. note: Submissions welcome], but the folks in the candy biz are jumping all-in. Whether they’re Bites, Minis or some other name that a marketing firm decided on because they realized they can’t use a derogatory term for little people any more, these candy bars allow you to take a handful of a candy bar for which you previously needed to break off a piece. People love things that are smaller than they are supposed to be, so I understand the appeal.

As I encounter these bars, I’ll take care to note the differences in composition to their original state; I already have a pretty good idea that there will be some slight variance in taste and texture. Trust, I’ll be meticulous and precise.

– These are literally the exact same thing as regular 3 Musketeers. Just smaller in my hands.
– I feel like a giant.

– The vanilla nougat log in the middle of this candy bar is strange and perfect.
– In the neighborhood of last year, I would sometimes joke that since we hadn’t heard from Carly Ray Jepsen in a while, she might have de-celebritized enough to consider an invitation to go on a date with me. Now that the above-linked single has been released and is infectious as ever, I fear that I’ve missed my shot.
– If somehow you’re reading this, Carly, I’m not intimidated by your fame [Ed. note: (If you’re not intimidated by casual published references to vanilla nougat logs)] and would still love to take you to the ball.

Howdy, friends. I’d like you to meet Rebekah Bar.

Rebekah and I met nearly a decade ago at the World’s Greatest Journalism School. We lived down the hall from each other, shared a great number of classes and were supervised by a self-important nerd who initially introduced himself as “Shinobo”.

[Ed. note: If you are going to read one of the words in there as negative, please make sure it’s “self-important”, not “nerd”. Hodor.]

After our schooling, we both went our separate ways. I ended up going towards South Carolina; Rebekah, further west.

She’s now settled in Portland, Ore., and for the last couple of years, has just been slaying it with her blog PDXfoodlove, a conversation on cooking, cocktails and life in the northwestern corner of the contiguous 48. PDXfoodlove served as an inspiration for starting Breaking Off a Piece, and is just a delight to visit — in its imagery, in its design and in its content. I owe my favorite sandwich — the avocado-based chicken salad BLT — to her, and have impressed [Ed. note: “impressed”] at least four separate people with recipes I found on her site.

Because she is as generous as she is creative, she sent two Gift Bars my way in support of BOaP. My thoughts are as follows; once you’re finished with those, though, head on over to PDXfoodlove and check it out. END_OF_DOCUMENT_TOKEN_TO_BE_REPLACED

Brit Week is Over. Where Next? SPACE.

I’m Being Romanced By a Candy Bar

After shooting some pool with Bruder Bar, I go to Binny’s to pick up some beer for a party we’re going to after we head back to his house to watch Step
Up Revolution. They have candy bars, so I pick one that has toffee in the name because I’m a little drunk and that looks tasty.

In the cab back to Bruder’s, I open the bar, but not without first noticing that there is a love poem promised. I get excited.

I Break Off A Piece for Bruder and the cab driver, and … discover the following: 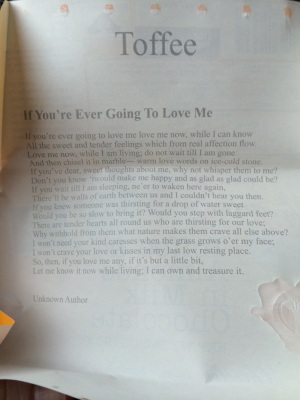 The Most Magical Candy Bar Rebate in All the Land 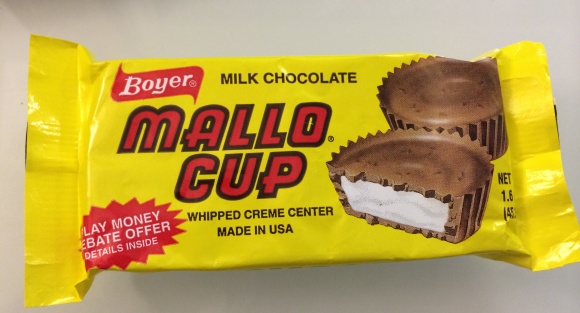 Yesterday, I had the pleasure of eating a Mallo Cup, which was a gift picked up at a Cracker Barrel from my lovely co-worker Julie Bar.

It’s a candy bar from yesteryear, to be sure, as chock full of marshmallow creme as it was the nostalgia that Cracker Barrel so precisely specializes in. I enjoyed the candy, but I may have enjoyed what I found inside the wrapper even more.

The Mallo Cups come two to a package, placed on a cardstock tray similar to that of a Reese’s Peanut Butter Cup. I paid no attention to the tray until I pulled out the second cup, realizing then that the tray was actually some type of Cracker Jack-style prize.

Further inspection revealed that it was not a prize in the traditional sense: Rather, this prize was a financial boon. It was a rebate.

Apparently, if a candy consumer accumulates 500 Mallo Cup Pebate Points, he or she can mail those points in to the good people at Mallo Cup, and they will in turn send you a $2 rebate for all of your purchases.

It was to my great chagrin that I looked closer and saw how many Mallo Cup Points my rebate card secured me: exactly 5. Which, if my math is right, meant that I would need to buy (or be gifted, wink wink) 99 more Mallo Cups to attain this fortune.

An insurmountable goal. Especially considering that after shipping costs to mail the package of Points to “Candy” (the addressee, which couldn’t make me any happier), I’d probably be out more than $2.

– Damn delicious.
– The marshmallow creme was more akin to a light frosting than the marshmallow texture of, say, a Peep.
– The small flecks of coconut added a subtle layer of both taste and texture.
– At the end, I was overloaded on sugar, but it was fun getting there.

– You know, I DID feel like a skinny cow. 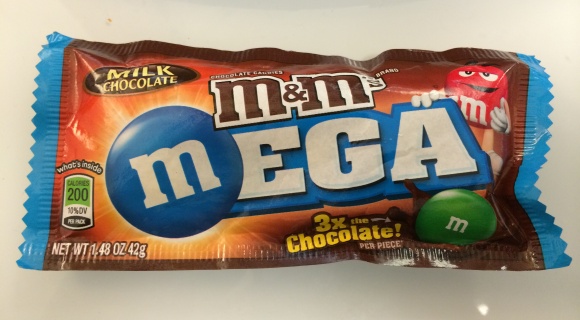 – If you’ve ever wanted to eat a suit-jacket button made of chocolate, this candy bar is for you.

I remember, as a kid, being candy-shamed for the “smoking” candy cigarettes by my elementary school guidance counselor. She said that they were just a marketing tool used by the cigarette companies to get kids to want to smoke real cigarettes, and that real cigarettes are a dangerous road to walk down, young man.

A Symphony of a Call To Action

So, I chomped down on a Hershey’s Symphony bar yesterday, and in the ensuing comedown, when I typically begin to think about what I want to write about, I came to the realization that a) I was terrible at coming up with classical music puns and b) that I was the wrong person to be writing the Symphony post.

You see, I have a tall friend named Ricky, owner of a casual orchestral blog (now, sadly defunct) and Twitter feed and possesor of rare talents such as hippo hands and writing prowess. He could have knocked this post so far out of the park that we couldn’t even make a baseball metaphor out of it.

Ricky’s not the only friend I have with those talents (well, excluding the hippo hands. You own that one, friend.); a great deal of this very blog’s loyal readers have voiced candy opinions I would love to hear more about.

It’s been about a month; I think both you and I get the gist of what’s going on on here. So I’m sending out an open invitation:

Do you want to guest-write a post on Breaking Off A Piece? Quite literally, it can be about anything — doesn’t have to be a candy bar, though that’s obviously encouraged. If so, message, tweet, Facebook, email, call, text or comment in my direction. I’d love to have your contribution.

We can … make beautiful music together. BOOM SYMPHONY JOKE GOT ONE IN. (I’m so sorry.)

– For those unfamiliar (including me, which was the reason I bought the bar in the first place), a Symphony is basically what happens if you melt a bunch of Hershey’s Milk Chocolate and Toffee Nuggets and made a bar out of it, except if the toffee was a little less crunchy.
– This candy tasted good. Not an all-timer when it comes to toffee, but tasty nonetheless.

At some point I’ll talk about Snickers Peanut Butter, but I’m really just not in the mood. Dove is Dove.