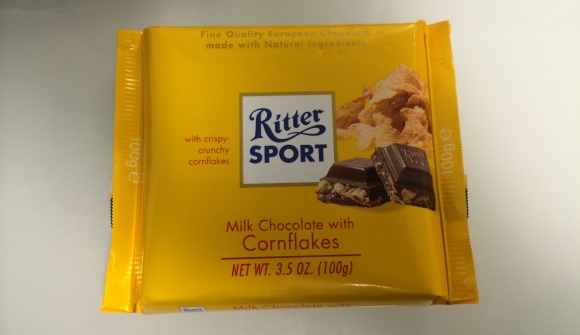 Howdy, friends. I’d like you to meet Rebekah Bar.

Rebekah and I met nearly a decade ago at the World’s Greatest Journalism School. We lived down the hall from each other, shared a great number of classes and were supervised by a self-important nerd who initially introduced himself as “Shinobo”.

[Ed. note: If you are going to read one of the words in there as negative, please make sure it’s “self-important”, not “nerd”. Hodor.]

After our schooling, we both went our separate ways. I ended up going towards South Carolina; Rebekah, further west.

She’s now settled in Portland, Ore., and for the last couple of years, has just been slaying it with her blog PDXfoodlove, a conversation on cooking, cocktails and life in the northwestern corner of the contiguous 48. PDXfoodlove served as an inspiration for starting Breaking Off a Piece, and is just a delight to visit — in its imagery, in its design and in its content. I owe my favorite sandwich — the avocado-based chicken salad BLT — to her, and have impressed [Ed. note: “impressed”] at least four separate people with recipes I found on her site.

Because she is as generous as she is creative, she sent two Gift Bars my way in support of BOaP. My thoughts are as follows; once you’re finished with those, though, head on over to PDXfoodlove and check it out. 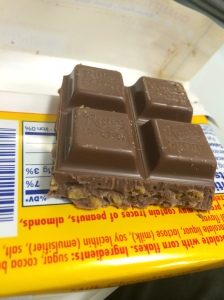 – Holy fking shit
– When I was a young boy growing up in Wisconsin, I lived in a pocket of the country that was fortunate enough to be a testing market for new products. We’d see some wacky stuff that would sometimes go national and other times disappear after a month or so. Most of the stuff that was good would make it and most of the stuff that wasn’t wouldn’t, but every once in a while there would be something that I absolutely loved that never hit the big time. This was always a sad occasion, but never was it moreso than with the case of Cocoa Frosted Flakes.

They tasted pretty much exactly as you would expect: Frosted Flakes, only better. I was pretty broken when they disappeared from shelves; chocolate milk on regular Frosted Flakes just wasn’t the same.

Then one day, in the little Chicago neighborhood I live in with a large Hispanic population, I was grocery shopping and saw them. Frosted Flakes: ChocoZucaritas! Apparently my beloved cereal had made it, just among a different population than I had ever shopped among previously. I bought a box and had just the best day.

Later that week, I was having some ice cream and was a little remiss that I didn’t have any rainbow jimmies with which to top my dessert.

Then I looked to the ChocoZucaritas, and I discovered the single greatest ice cream topping ever. Immediately dubbing them “Carp Sprinkles”, I vowed to keep them in my home forevermore.

The Ritter Sport with corn flakes is the candy bar version of Carp Sprinkles.
– The chocolate is on point and there are just enough flakes to give it a proper crunch without overpowering the chocolate.
– Easily the best bar I’ve had since starting this little adventure. 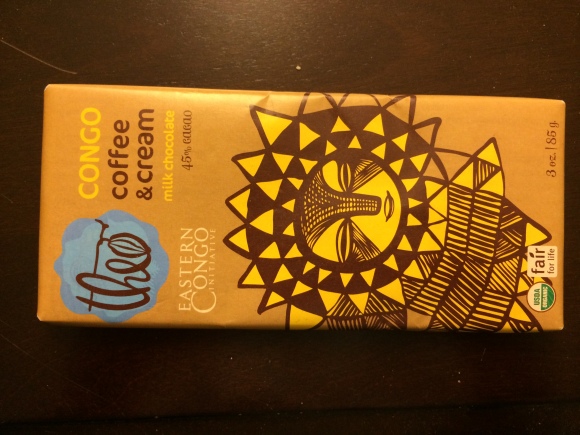 – Have you ever had chocolate-covered espresso (don’t you dare say expresso) beans? Spread that experience across a whole candy bar.
– Its strong coffee flavor is complemented by an equally rich chocolate. The candy bar manifestation of a mocha, but better.
– The infused grounds offer a light, crunchy texture for a more dynamic mouthfeel. Very nice.
– Of the two, I think I prefer the Ritter, but this is easily the second-best bar I’ve had this year. Thank you again, Rebekah.